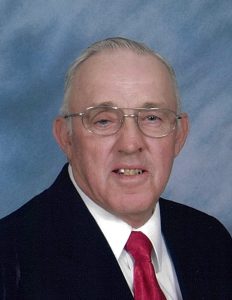 William Phillip Smith went to be with the Lord on January 3, 2021, after complications from his Congestive Heart Failure. He was born on September 25, 1935, to the late Elease Talley Smith and Clifton Phillip Smith. He was preceded in death by his brothers, James Nelson Smith and Kenneth Harry Smith. He is survived by his wife, Frances Mae Jones Smith, of 62 years; one daughter, Lisa Smith Whitlock, and her husband, Robert Edward “Bubbie” Whitlock, Sr.; two grandsons, Robert Edward Whitlock, Jr, and his wife Rebecca Webb

Bernice Carson; a number of nieces, nephews, family, and friends.

William Phillip Smith was known to everyone as “Phil.” He was a gentle man who loved everyone and would help where there was a need in his community. He was born on his family home place in Mineral, Virginia, and had a very close net family with his parents and brothers and sisters. He was a member of the Mount Pleasant Methodist Church growing up, but transferred his membership to Louisa United Methodist Church, after he and Frances were married in 1958. His two occupations included working on the Spicer’s farm with his brother, James Nelson “Nute,” för 30 + years, and he retired from the Town of Louisa Maintenance Department in 2002, after 23 years of service. He treasured his friendship with his co-worker, John Jones. Phil was a man that loved the outside and working with his hands. He loved watching the “Dallas Cowboys,” and riding on his Farmall tractor. He also enjoyed watching the Black Angus cows out of his window at home, sitting by his wood stove. Memorial contributions can be made to the United Methodist Women at the Louisa United Methodist

Church in memory of Phil Smith or to the American Heart Association.