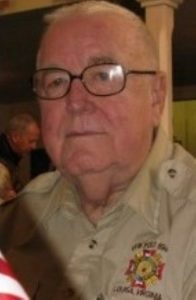 Tom grew up in Port Jervis, New York and worked various jobs until he joined the Army. He would later be stationed in Mineral, VA to work on microwave communications towers between DC and Richmond. This is where he met Sherry and decided to raise his family. He would later be deployed for two tours in the Vietnam war. Tom was a proud Army veteran and took pride in his 20 years of service and reminiscing with his comrades. After retiring from the Army, Tom went to work as an Instrument Technician at North Anna Nuclear Power Plant, until he retired. He was a member of the VFW, American Legion and Knights of Columbus. He was very active in the Immaculate Conception Catholic Church and served on the church council. He enjoyed traveling and spending time with his family and friends as often as he could. He also enjoyed hunting and fishing and everything outdoors.

A funeral Mass will be held at 11 a.m. on Thursday, July 14 at the church. Burial will follow in the church cemetery.