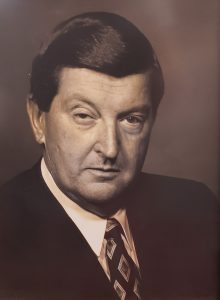 Ronald Steven Spicer (Ronnie / Ron) of Mineral, VA. passed away peacefully on July 10, 2022 at age 78. He was preceded in death by his parents, Lewis C. Spicer and Lucille Whitlock Spicer and sister Nancy Spicer Hass.

He is survived by brothers Lewis C. Spicer Jr. (Lillian) their daughter Anne Lewis Spicer Vowell all of Abingdon, VA, James E. Spicer (Joyce) of Henrico, VA, their sons Christopher T. Spicer (Lori) of Loganville, GA, Paul Scott Hersey (Susan) of Glendale, CA,  and Todd K. Hersey of Lexington, VA.  He is also survived by his nephew, Lewis Kevin Hass (Lisa) of Sandridge VA, and his long-time special friend, Jo Ann Colvin of Culpeper, VA. Ronnie, and Jo Ann loved to travel to New York City to attend a Yankees baseball game and take in a Broadway Show. His extended family includes many cousins, nieces, and nephews. He loved them all even though he seldom was able to see them.

Ronnie grew up on the family farm and after graduating from Louisa County High School decided to stay home and work on the farm and care for his aging parents. He later accepted a job with National Bank and Trust Company at the Mineral Branch, which was the beginning of his long career in banking. He later moved to Bank of Louisa, which became Virginia Community Bank, now, Blue Ridge Bank He retired in September 2006 as Senior Vice President and member of the Board of Directors with over 30 years of service. He continued to serve on the Board until reaching the age limit to remain a member. Over the years he brought many loyal customers to the bank and was highly regarded by them all. He held many positions during his career and in the latter part, he was the principal credit officer assisting other officers with analysis and credit decisions while managing his own sizable loan portfolio.

Ronnie loved everything UVA sports and was a long-time supporter of the Virginia Athletics Foundation. He especially enjoyed football and was a season ticket holder for many years.

The family wishes to express its sincere appreciation to Carolyn Houchens, who was first employed by our mother many years ago to assist with housekeeping, for her loyalty to Ronnie. She was the main reason he was able to remain at home after his first health crisis in 2016. The family also wishes to thank George Reeves, Roger Brooks, Betty Moody, Tom Filler, and Victor Sacra for providing transportation as well as any assistance Ronnie or the family requested.

A graveside service will be held at 11:00 A.M. on Monday July 18, 2022. at Spring Grove Cernetery, 2779 Pendleton Road, Mineral, VA.  Woodward Funeral Home, Louisa VA. is in charge of arrangements. In lieu of flowers, contributions in Ronnie’s memory may be made to the Mineral Volunteer Fire Department, P. O. Box 274, Mineral, VA 23117 or to a charity of your choice.