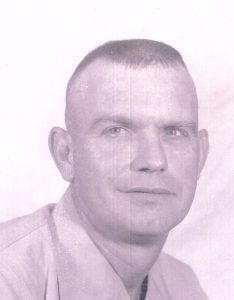 Retired Gunnery Sergeant Robert (Bob) Donald Wesbey, Sr., 84, of Louisa passed away on Wednesday, April 8, 2020 at his residence. He was born July 27, 1935 in Broken Arrow Oklahoma to the late David Roy, and Bessie Wesbey. Robert was married to his late wife Dorothy Wesbey for 56 years. He is also preceded in death by his son Robert (Bob) Wesbey, Jr.; one grandson Victor Allen Breeden. Robert served in the United States Marine Corps with 20 years of service in Korea, and Vietnam where he was a purple heart recipient, and worked at Shenandoah Crossing Golf Course in the maintenance department, and security. He loved being outside feeding the birds, deer’s, chickens, and sitting in the gazebo listing to the radio.

There will be a memorial celebration of life service at a later date due to COVID-19 Virus, and restrictions on public and private gatherings.