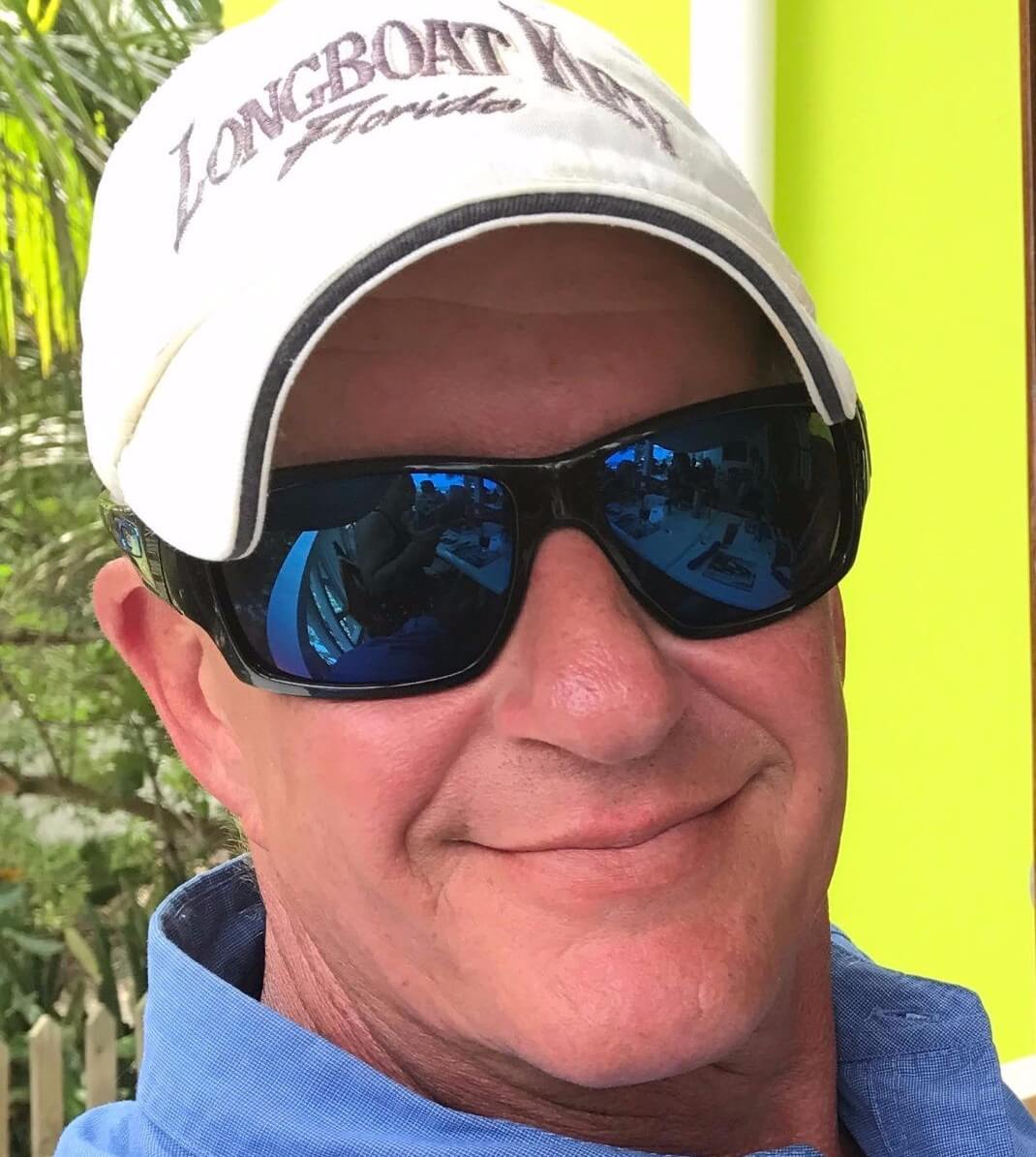 Robert Mark Tirrell of Louisa, Va., age 60, passed away at his beloved farm, Oak Point with his loving wife, Leslie and daughter, Kaitie, by his side. Bobby was born October 20, 1957, in Charlottesville, Va , the son of the late Thomas A. Tirrell and survived by his mother Jackie Tirrell of Keswick, Va. Bobby is survived by his wife, best friend and fishing partner Leslie May Comstock-Tirrell of Louisa, VA, daughters and their spouses: Courtney and Jay Goodnight, Charlottesville, VA, Meredith and Jonathan Brown, Ruckersville, VA, Jill Comstock and Matt Meriwether, Nashville, TN and daughter Kaitie Comstock, Louisa, Va. Bobby is also survived by his brother Tommy and wife Jane Clark Tirrell of Charlottesville, VA and sister Kim Tirrell Vanderpleog and husband Mac Vanderpleog of Keswick, VA and his grandchildren Amaya, Cadence, Josiah, Lenix, Ezra, and James.

A gentle giant of a man, Bobby enjoyed golfing, mowing the fields on his tractor, traveling with his family to Nags Head and Buxton, and spending time at “the cabin” on the James River growing up. Bobby felt most at home on the water and had a lifelong passion for fishing. Like his mother Jackie, Bobby was a dog whisperer and had a love for all God’s creatures. Our dogs Annie and Bear never left his side. All who knew Bobby were warmed by his easy going nature, sense of humor, and his love and acceptance for all.

Bobby proudly served in the Air Force from 1976-1982. While serving, Bob travelled to bases in the Philippines, Japan, Korea, and Nellis AFB in Las Vegas. An avid reader of military history, Bob supported all fellow veterans and took time to shake the hands of those who served our country at every opportunity.

We are forever grateful for Bob’s brothers from the heart: Bruce Bond, Tim Stratos, and Ivan Jacobs. Thank you for your brotherhood, love, support, and the companionship you enjoyed with Bob on the links at Tanyard Golf Course. And sister Kim and brother Teek for their never ending love and exceptional care for their little brother.

From the bottom of our hearts, we’d like to thank Dr. Erika Struble and the countless nurses and staff at the Martha Jefferson Hospital Oncology Center, MJH Cornell II, and Hospice of the Piedmont. Each healthcare professional in this journey will forever be remembered as a blessing to our family. Special thanks to our church family at St. James Episcopal in Louisa, VA and Father Alex for their continued prayers and support during this time.

A private celebration of life will be held for family and friends. In lieu of flowers, we ask that memorial contributions donations be made to Hospice of the Piedmont, 675 Peter Jefferson Parkway, Suite 300, Charlottesville, VA 22911, www.hopva.org or Gracie’s Guardians through Louisa Animal League 11401 International Dr. Louisa VA 23236 www.ral.org