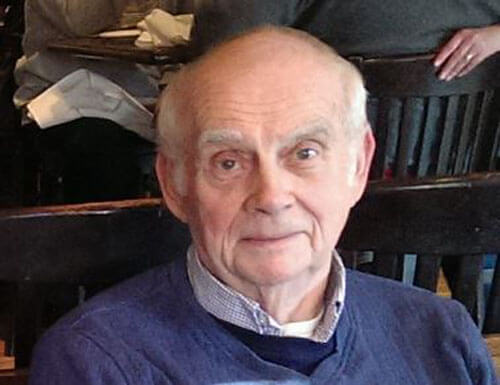 Robert J. Banning, 85 of Mineral passed away on Sunday, April 17, 2016 at his residence. He is the son of the late Monte and Elberta Banning and is also preceded in death by his wife, Anita; a son, Jeffery; brothers, Monte C. Banning, Jr. and William Banning, sisters, Virginia Udall and Patricia Fisher.He served his country in the U.S. Air Force and had retired from Rolls Royce Inc.Survivors include his sons, Duane L. Banning (Pamela) of Phoenix, AZ and Robert A. Banning (Barbie) of Mineral, VA; five grandchildren, Rachel, Nigel, Rebecca, Chelsea and Mitchell.The family will receive friends on Friday, April 22nd from 6pm until 8pm at Woodward Funeral Home. A funeral service will be held at 11am on Saturday, April 23, 2016 officiated by Rev. Mike Durham; with burial to follow in Spring Grove Cemetery.