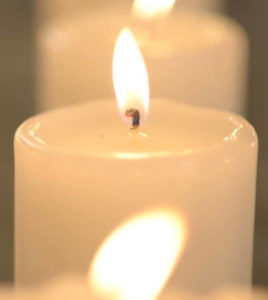 Robert Harold Schafer 90, of Mineral, Virginia passed away on Saturday, August 12 at Crystal Coast Hospice House, Newport, NC. He was the son of the late Karl and Laura Schafer of Burlington, Vermont. He served his country in the U. S. Navy during WWII. He was long time member of St. Jude Catholic Church in Mineral and served on several church committees and was a life time member of the Knights of Columbus and the American Legion.

In addition to his parents he is preceded in death by, his wife, Margaret, his daughter, Joan and his brothers, Raymond and Clarence Mercure of Vermont.
He is survived by his son, William Schafer of Mineral, his daughters, Barbara Leister and her husband Daniel of New Bern, North Carolina and Kathleen Clemons and her husband Buddy of Durham, North Carolina; his grandchildren, John Schafer, Christopher Schafer, Rachel Leister, Jason Leister, Rebecca Clemons Greene, Lori Clemons Bridges, Sara Clemons Shoemaker, Robert L. Schafer and Amber Walton, and his eight great-grandchildren.
A funeral mass will be held at 11 A.M. on Wednesday August 23, 2017 at St. Jude Catholic Church, officiated by Father Duffy. Burial will follow in church cemetery.
The family will receive friends one hour prior to service.