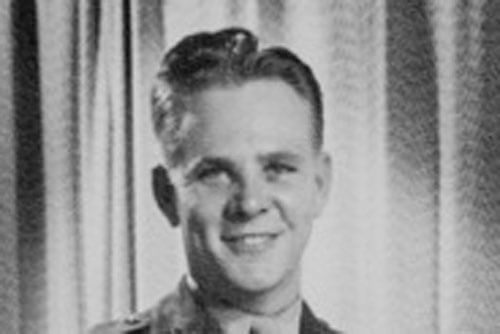 Richard Edward Dost died of heart failure in Bumpus, Virginia at Lake Anna Elder Care on August 17th, 2015. His son, Richard (Dicky) Edward Dost, Jr. and his sister, MaryAnn Dost Popovich were by his side. He is survived by his son Dicky of Louisa, VA, his daughters Jacqueline Lee Dost, Vienna, Virginia, Ellen Joann Dost of Pebble Beach, California and his sister MaryAnn Popovich of Bumpus, Virginia. He is also survived by 4 grandchildren and 16 great grandchildren. His wife Ellen Cummins Dost passed away in March 2014Dick was born July 14th, 1922 in Cleveland, Ohio to Herman and Magdeline DeMoor Dost. He grew up in Cleveland and excelled as a National Speed Skating Champion. In 1942, Dick won the National Speed Skating Championship at Lake Placid, New York. He was selected as an Olympic Athlete for the 1944 Olympics, which were subsequently cancelled because of World War II. Dick enlisted in the Marines and went to Quantico, VA prior to going off to fight in WWII. While at Quantico, Dick met Ellen at a USO event in Washington, D.C. After returning from his time in the service, they married in 1945.Dick and Ellen moved to Vienna, Virginia in 1954 where they raised their three children.Dick was an avid sportsman, loved hunting, fishing, golf and his beloved Redskins.A “Celebration of Life” will be held at 11 a.m. , September 12th, 2015, graveside at Herndon Town Cemetery, Herndon, Virginia.