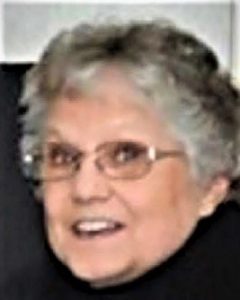 On the afternoon of Monday, August 30th, 2021, Patricia Ann McDowell was called home to be with our Lord.  She was surrounded by her loving family.

Patty, (as she was known to her family and friends), was born to Donald J. and Jane F. Loveless in 1942.  She was a graduate of Cato-Meridian High School in Upstate New York.  She married the love of her life, Frederick McDowell, in 1963.  They had four children, Pam (Eddie) Atorick, Jeff (Tanya) McDowell, Scott (Kris) McDowell, and Mike McDowell.  In 1972 the family moved to Northern Virginia, where she and Fred lived until 1998 when they moved to their retirement home at Lake Anna in Mineral, Virginia.  She was always happiest when spending time with her family.  She loved watching her grandchildren in their activities and was often seen on the sidelines cheering them on.

Visitation will be held on Monday, September 6, 2021 at Woodward Funeral Home Louisa, Virginia from 6:00 to 8:00 pm. A viewing and Rosary service will take place at Saint Jude Catholic Church, Louisa Virginia at 11:00 am on Tuesday, September 7, 2021, followed at 12:00 noon by a Mass of Catholic burial offered by Father Michael Duffy.

The family asks in lieu of flowers, donations be made to Saint Jude Catholic Church  or Medi Home Health & Hospice.