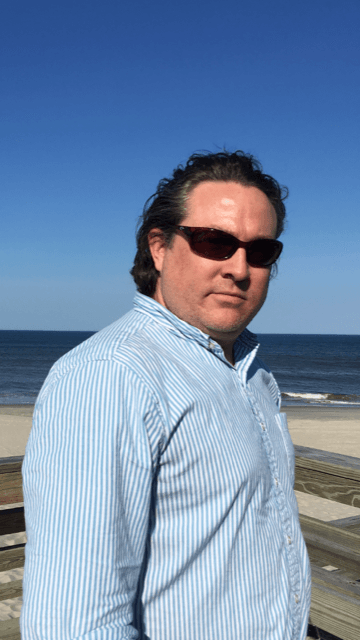 Mica Andrew Bland died Tuesday, July 16, 2019, doing what he loved most: riding his
motorcycle. Mica was 42 years young. At the time of his death, Mica was a firefighter with the
Fairfax County Fire and Rescue Department, in Fairfax County, Virginia.
Born December 1, 1976, in Torrance, California, to Robert Andrew Bland and Cheryl Ann
O’Donnell Bland; at age two, Mica moved with his mother, step-father Gary Chamberlain, and
sister to Bend, Oregon. Mica graduated from Bend Senior High School in 1995, and joined the
U.S. Coast Guard in May, 1995.
While in the U.S. Coast Guard, Mica received a Commendation for Meritorious Service from
June 1996, to December 1996, while USCG Cutter Morgenthau (WHEC 722) participated with
the U.S. Naval Forces, supporting the U.N. Sanctions against Iran; being the first deployment
of a USCG Cutter to the Arabian Gulf.
Upon his Honorable Discharge from the Coast Guard, Mica attended college in Portland, OR
and Salem, OR, graduating with a Degree in Fire Science. In 2003, he moved to the East Coast
and worked with Goose Creek Fire Department and Colleton County Fire & Rescue, in South
Carolina. Following his service in South Carolina, he moved to Virginia and served with Fairfax
County Fire & Rescue Department for the past 14 years.
During his time with Fairfax County Fire & Rescue, Mica received numerous awards and
commendations, including his Academic Excellence Award from the 114th, Recruit School for
highest GPA ever achieved in the Fairfax County Fire Academy, a Lifesaving Award, and Bronze
Medal of Valor. He held several positions with the fire department, including firefighter, EMT,
paramedic, and Technical Rescue Operations Team (TROT) technician.
Mica was an entrepreneur and visionary, in life and at heart, having his hand in multiple
ventures, including Baroque ’n Spoke Horse & Carriage, Bowood Barn wedding venue, Mantis
Lawncare, Charlottesville Event Rentals, and so many more on the horizon.
Mica was married to Jaime Johnson from May 2005 until 2007. He married Mary Getts in
December 2009.
Mica is survived by his wife Mary Bland, his mother Cheryl O’Donnell, his father Robert Bland,
his step-father Gary Chamberlain, his sister Kari Christensen, his nephews Tucker and Hayne
Christensen, numerous aunts, uncles, and cousins, and many close friends who were like
family, especially Jenn Finazzo.
Mica will be mourned and missed by all. Mica’s Memorial Service and Celebration of Life will
be privately attended by family and close friends.