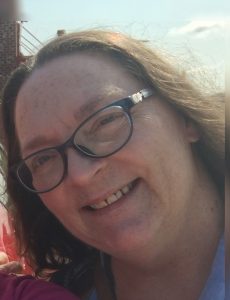 Lynn was born in Washington, DC to Mark and Janet Fullerton. She earned a degree in computer science and enjoyed a career as a computer programmer. Lynn was a passionate supporter of our armed forces and generously volunteered her time at the Walter Reed National Military Medical Center to help wounded soldiers. She founded the charity America’s Wounded Heroes which provided goods, services, and funds for military personnel and their families. She enjoyed many sports and was an avid fan of automobile and kart racing. She was a member of the Woodbridge Kart Club and served in various capacities for the organization.

Lynn was preceded in death by her father, Mark, and her mother, Janet. She is survived by her three siblings, Bill Fullerton, Barri Fullerton, Susan Picard, and her beloved dog Kezziah. A memorial service is planned for later in the year. In lieu of flowers, Lynn would be honored to have donations made to the Wounded Warrior Project, the American Cancer Society, or to the Humane Society.