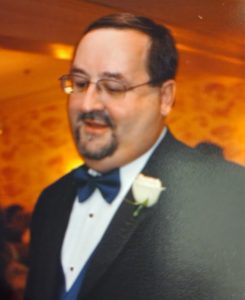 Lawrence J. Schafter, 74, of Springfield and Lake Anna, VA, passed away peacefully at home on
December 20, 2022.
Survivors include his wife of 52 years, Ann Marie (Craft) Schafter, and two daughters Erin Salo
(Alexandria, VA) and Allyson Renzella (Springfield, VA), son-in-law Nicholas Renzella and two grandsons,
Alex and Aidan Renzella. He is also survived by three sisters Carol Butler (Seattle, WA), Gloria vonOy
(Fort Mill, SC), Joan Veitch (Arvada, CO), two brothers, Daniel Schafter (Lake Nedagamon, WI) and Patrick
Schafter (New London, CT), as well as two honorary brothers George and Donald Craft.
Lawrence, known to family and friends as Butch, was born in Seward, AK, on November 14, 1948. He
was a graduate of Cathedral Catholic HS in Superior, WI, attended University of Wisconsin and
graduated from Concord University in Athens, WV. Butch served in the US Army during the Vietnam
War, stationed primarily at Ft. Lee, VA. He was a practicing Certified Public Accountant for over 40 years
and filed many tax returns for friends and family over the years.
He will be remembered as a devoted husband, father, grandfather, and uncle. He was quick to make a
joke, loved to tease his grandsons and nieces and nephews and never took life too seriously. His sense
of humor was legendary and will be missed by everyone who knew him. He was always in the
background ready to help and give of himself in service to others. A great smiling, gentle presence has
been taken from our family too soon.
A service and celebration of life will be held Sunday, January 15, 2023 at 3 pm at Fairlington Community
Center, 3005 S. Abingdon St., Arlington, VA 22206. In lieu of flowers, the family requests that donations
to St. Jude’s Children’s Hospital be made in his name.