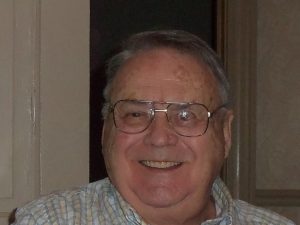 Joseph Marion Carter, loving husband and father of six children, passed away Monday, August 9, 2021 at the age of 88.  Joe was born on November 2, 1932 to Joe and Florine (Phillips) Carter.  On November 27, 1953 he married the late Bettye (Elliott) Carter, raising four sons and two daughters.  Joe served honorably in the U.S. Marine Corps for twenty years, having the honor of being selected as an enlisted-to-officer Mustang.  His military career included serving a tour in Vietnam.  Joe also was an instructor at Northern Virginia Community College for approximately fifteen years, ultimately serving as head of the HVAC Program.  On May 20, 2006 Joe married Linda (McFadden) and remained joined until his passing.

Joe loved spending time on his rural property, tending to his fruit trees, repairing things and feeding the animals.  He also had a keen interest in military history, and was known for his quick wit, compassion, and kind spirit.  Joe was a devout Christian and member of the Brooksville church of Christ in Florida, and was previously a member of the North Charlottesville church of Christ in Virginia.  Joe was dearly loved by his entire family and was a wonderful role model to those that knew him.

Please note that the cemetery requires those attending the graveside service to wear a mask.  The service will be held on Monday, August 30, 2021 at 11:30 am.  The location is Quantico National Cemetery, 18424 Joplin Rd, Triangle, VA 22172.  Please assemble in the vehicle line at 11:15 am; attendees will be led in a vehicle procession to the burial shelter.  The service also will be live-streamed at the Woodward Funeral Home website at: http://woodwardfuneral.com.

In lieu of flowers, the family kindly asks for donations to be sent in Joe’s memory to Florida College at https://www.floridacollege.edu/giving/make-a-gift/.  Although the family would like to have an after-service gathering, we are not planning one due to the unfortunate severity of the pandemic.