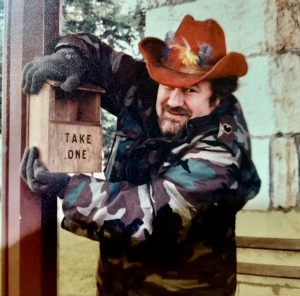 On January 18th, surrounded by his loved ones, our father, John R. Bamforth Sr, at age 85, left us for his final journey. He was predeceased by his wife, Barbara, son, Mark, and best friend, Norman Dill. John left behind Daughter Lori and husband, James Pascoe, their daughter Aniayah, Son John R. Bamforth Jr, and his wife, Joan, along with six grandchildren and their spouses; he was also blessed with seven great-grandchildren, who will all miss him dearly. Please note that he was also dearly loved by Woody and Kim Woodruff, their son Ben, and Spence and Margit Stradley of Delaware.

John was a career car Hauler for 33 years.  He was a devoted catholic of  St. Peter’s Church in Old New Castle, De. He also gave his free time to be a part of the Catholic committee with Boy Scott of America, which he served for over 20 years. John was a 4th. Degree Member of the Knights of Columbus.  John enjoyed the show Jeopardy and should have been a contestant himself. John was a nostalgic individual who shared his stories freely.

In the words of John,  “dasvidaniya”

A funeral service will be held in honor of John at 2:00 PM on February 10th at Delaware Veterans Memorial Cemetery, 2465 Chesapeake City Road. Bear, Delaware 19701

Many thanks to the EMT, fire, and police of Louisa and Mineral County, Life Flight, and UVA Hospital for their professionalism and outstanding care for our father.

In Leu of flowers, please make a donation to any of the above in his name.