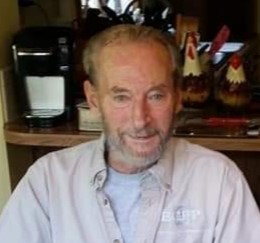 James loved his wife of forty-three years; and his children and grandchildren.

James sacrificed so much and worked so hard for them. He built motor cycles, and cars. Was known for his Triumph and thirty-four Ford. He was a firm believer in

Jesus Christ and knew this world was temporary.

He is in Heaven now walking and talking with the Lord in a place with no pain. He was a strong, patient, fearless, kind and selfless man.

James will be missed by so many friends and family. We love you dad.