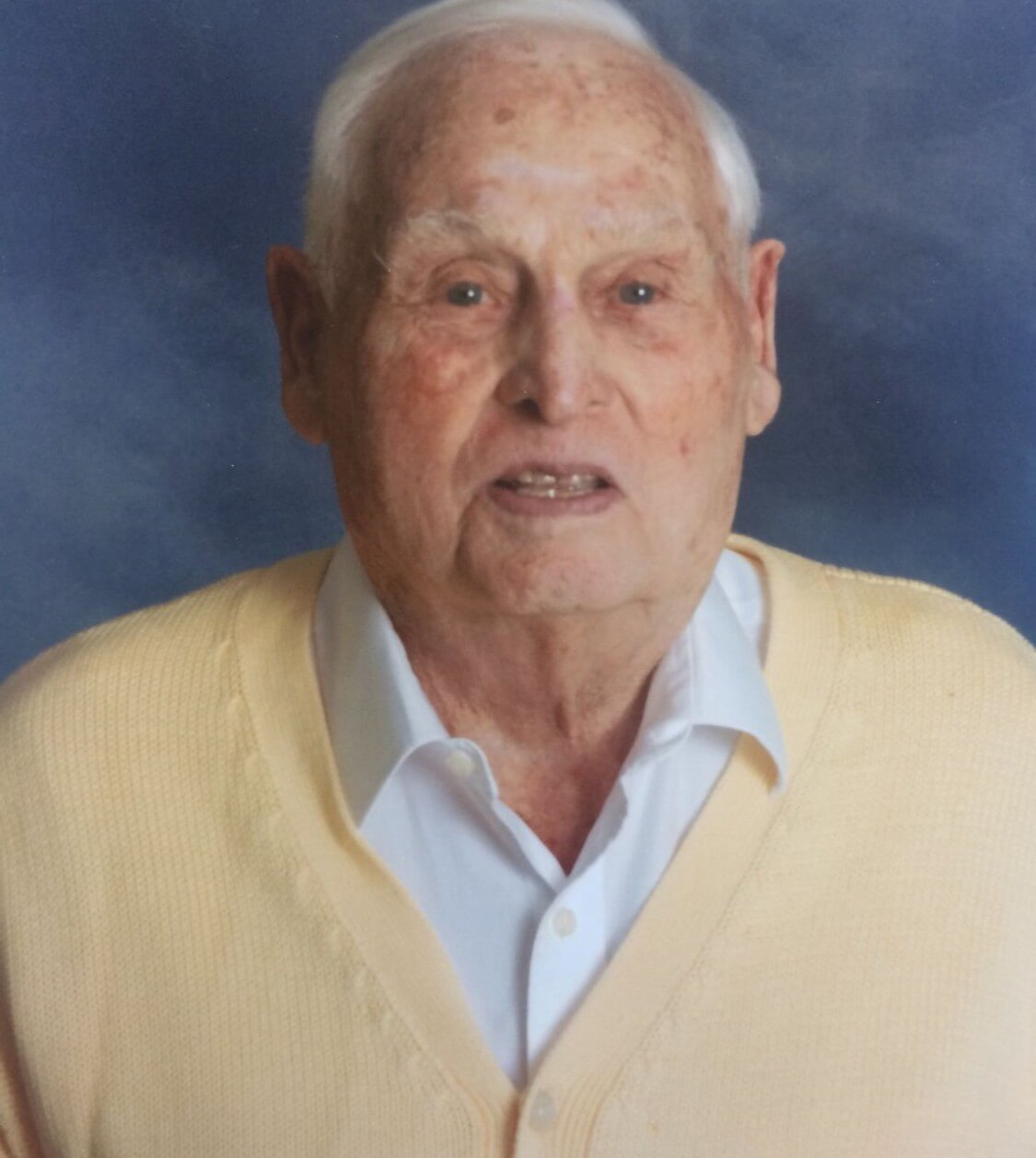 Mr. Crouse was born in Paw Paw, West Virginia in 1924 and was the youngest of eleven children. During World War II he was drafted into the Navy where he was trained as a radioman working on supply ships in the Atlantic theatre as well as on rocket-firing missile ships towards the end of the war. After the Navy, Marshall worked as a telegraph operator for the Western Maryland Railroad. In addition, he owned peach, cherry and apple orchards, a saw mill, and a beef farm in West Virginia. He lived in the home where he was born in Paw Paw until 2013 when he moved to Louisa, Virginia to live with his daughter and son-in-law.

Mr. Crouse met his wife Gladys Keiter while working on an orchard picking apples in high school. They married in 1943 and were married almost 70 years. They had one daughter, Sharon, who currently resides in Louisa, Virginia. Mr. Crouse was a lifetime member of the Lions Club of Paw Paw and Gideons International. Always having a heart to serve others, he and Gladys went on two mission trips to Guatemala where they helped build orphanages and ministered to the indigenous population. He served as both Trustee and Superintendent of the Sunday School at Woodrow Christian Church in Paw Paw for over 50 years and was an active Lay Minister throughout the community. Marshall was a devoted Christian and a mentor and role model to all who knew him. He loved to fish, traveled to 49 states and many countries including Israel, and enjoyed learning new skills. In his adult life, he taught himself Spanish, took piano, and painting classes and learned to quilt.

Survivors include his daughter, Sharon L. Crouse Perkins (Harvey); granddaughter April Wintermoyer Braun (Tim); and great-grandchildren, Alex and Zach Braun. Mr. Crouse was preceded in death by his wife, Gladys Crouse; his parents, Howard L. and Minnie May Crouse; and his ten brothers and sisters.

A service will be held at Woodrow Christian Church, Paw Paw, WV, at 11 a.m. on Saturday, June 9. The family will receive friends at a luncheon immediately following the service. Interment will be in the church cemetery.

In lieu of flowers, memorial donations may be made to Woodrow Christian Church, Paw Paw, WV and Macedonia Methodist Church in Louisa, VA.