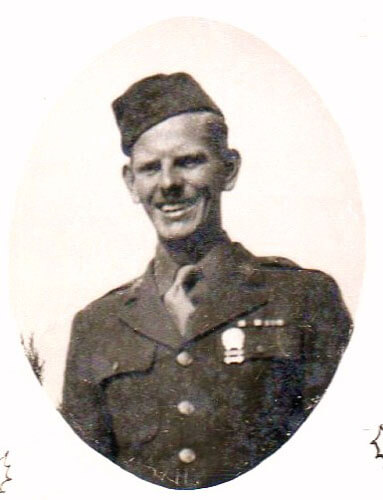 GEORGE WILLIAM BLOSSLOUISA, VA – Mr. George William Bloss, 96, of Louisa, Virginia, and formerly of Arnold, Maryland, passed away peacefully on August 1, 2016 at Amerisist Assisted Living with his son Gary and daughter-in-law Fran at his side. George was born on June 9, 1920 in Cumberland, Maryland, along the North Branch of the Potomac. His childhood was spent living and working with his family on a sizeable farm owned by his grandfather, George Washington Bloss. The family raised herds of cattle and pigs, and had their own butcher’s shop, smokehouse, and milking barn from which they sold goods to the surrounding neighborhood. George’s father, grandfather and great-grandfather also worked as lock keepers on the Chesapeake & Ohio Canal on the first lock in the Cumberland area. After graduating from Fort Hill High School, where he excelled in machining, George enlisted in the U.S. Army in 1941. He was a sergeant in the U.S. Army Air Corps (precursor to the U.S. Air Force) during World War II, participating in the North Africa theater, and moving with the Allied Forces into Egypt, and then to Sardinia, Corsica, and other locations in Italy. He received the Purple Heart for injuries sustained in Italy. Following the war, George was employed for over 30 years with the U.S. Naval Academy in Annapolis, MD, where he rose through the ranks as a supervisor in the machine shops overseeing the Academy’s operations. George and Bea married in June 1945, and in 1947 they purchased a home in Arnold, MD. Here, they raised their four children and lived for nearly 66 years before moving to Mineral, Virginia, in 2013. George was active in the Masonic Lodge and Tall Cedars of Lebanon, and in the United Methodist Church. He was an avid fisherman, hunter, and took the family on many adventurous camping trips.Son of the late James Dixon Bloss and Mary Ethel (Monnett) Bloss, George was also preceded in death by brothers James, Frank, and Charles Bloss, and sisters Anna Louise Rankin, Della Elma Lloyd, and Ethel Mae Richardson. He was also predeceased by a daughter, Gale Lee Bloss, born August 20, 1953, who died August 22, 1953.George is survived by his youngest sister, Mary Elizabeth Hackley. He is also survived by two daughters, Jean Weld and her husband Robert Cowan of Hopkinton, New Hampshire, and Linda Odell and her husband Jim Odell of Manteca, California; two sons, Gary Bloss and his wife Francene Bloss of Mineral, Virginia, and Steven Bloss and his wife Cheri Bloss of Midlothian, Virginia; along with five grandchildren, Derek Odell, Randy Weld, Mark Bloss, K.C. Odell, Shannon Briscoe and Gary Bloss, Jr.; as well as four great-grandchildren, and multiple nieces and nephews. Friends will be received at the Woodward Funeral Home at 200 Fredericksburg Ave., Louisa, VA (http://woodwardfuneral.com) on Monday, August 8, 2016, from 5:00 to 7:00 PM., with a service to follow at 7:00 PM officiated by Pastor Erin Geoffrin; of Mineral United Methodist Church. A burial service and interment will occur the following day at 11:30 A.M. at the Meadowridge Memorial Park, 7250 Washington Blvd., Elkridge, MD. In lieu of flowers, memorial donations may be made to the Hospice of the Piedmont, 675 Peter Jefferson Pkwy #300, Charlottesville, VA 22911, or the Mineral United Methodist Church, 301 West Third Street, Mineral, VA 23117.