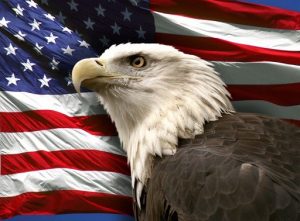 George Neil Wesselhoft passed away quietly at home at Lake Anna on November 9, 2020 at the age of 90. He was born in Brooklyn, New York on October 17, 1930 to the late Gertrude Teresa and George Milton Wesselhoft. He was preceded in death in 2014 by his loving wife Julie after 62 years of marriage. In addition to his parents he was also predeceased by brothers William Wesselhoft, Thomas Wesselhoft and Arthur Wesselhoft.

George served in the U. S. Navy for 22 years and retired in 1968 as a Master Chief Radio Man. In 1965 he received a commendation by the Secretary of Navy for developing new operating procedures that improved the efficiency of fleet communications and are still used today. He was one of the first five to receive the rank of E9 Senior Master Chief as prior to that E8 was the highest rank for enlisted officers.  After leaving the Navy he was employed by the Naval Command Center, the Naval Electronics Systems Command (NAVELEX) and the Space and Naval Warfare Systems Command (SPAWAR), retiring in 1985.

A private family funeral service and interment will be held at the National Cemetery in Culpeper, Virginia, where he and his wife’s remains will be buried together on November 17, 2020. In lieu of flowers the family requests donations be made to the VFW in his memory.

George was greatly admired by those he met for his sharp wit, stamina, and humor. He will be greatly missed and fondly remembered by his family, longtime friends, and Lake Anna neighbors.