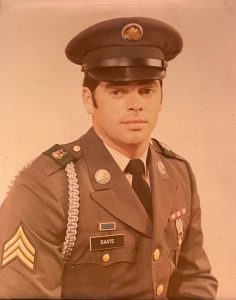 Douglas was born and raised in Louisa County. He was drafted and served in the United States Army Infantry and received honorable discharge as a Sergeant. He worked for many years in construction and built many homes in Louisa County. He had various hobbies, including gardening, farming, fishing, hunting, and loved muscle cars and racing.

A visitation will be held Saturday, January 21st from 5-7 p.m. at Woodward Funeral Home. The graveside service is private.