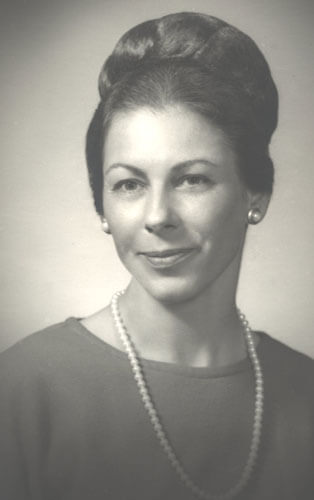 Dorothy Hickson Dunn of Mineral departed this life on September 19, 2016 at University of Virginia Hospital.Born on August 17, 1930 in Halifax County, Virginia; she was the daughter of the late Polly Pettit Hickson and Frederick M. Hickson. She was preceded in death by her brother, Frederick M. Hickson, Jr.In 1954, Dorothy and her husband, the late Joseph J. Dunn, established Emerald Acres Nursery. Dorothy owned and operated the first florist in Louisa County, Emerald Acres, until her retirement in 2000.Dorothy was a graduate of Mary Washington College. She was a member of the Church of the Incarnation, serving as Altar Guild Chair for a number of years. She also served on the Board of Directors for the State Fair of Virginia. She was a gourmet cook, an avid gardener and an accomplished painter and seamstress. She enjoyed Genealogy, traveling and rock and fossil collecting. Her greatest love was her feathered friends. She bred and hand raised African Gray Congo Parrots for a number of years. Dorothy also wrote a book, Mr. Jay Jay, which tells the story of an abandoned baby Blue Jay, which she raised and returned to the wild.Dorothy is survived by her son, Michael (Sharon) of Mineral and her daughter, Frances Van Lear of Lovingston, VA, as well as her granddaughters, Jessica Van Lear of Louisa and Erin and Anne Dunn of Mineral.Services will be held at the Church of the Incarnation, Mineral at 3pm on Friday, September 23rd. Visitation for family and friends will be from 7 until 8 pm on Thursday, September 22nd at Woodward Funeral Home.Interment will be at Spring Grove Memorial Gardens.