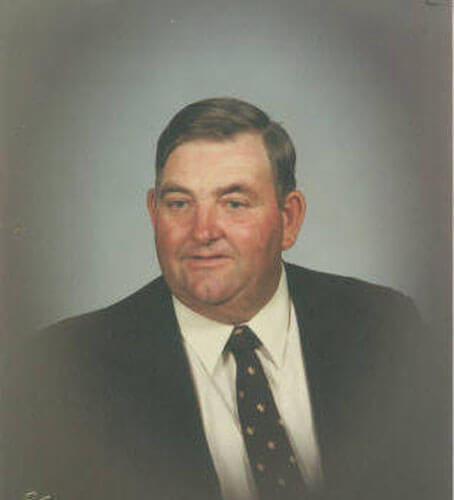 Delmar Dock Perkins Jr., 78, went to be with the Lord on August 29, 2015. He died peacefully at home. He was preceded in death by his mother, Blanche Nelson Perkins; his father, Delmar Dock Perkins Sr.; and his brothers, Charles Perkins and Cecil Perkins. Mr. Perkins leaves behind his wife, the light of his life for over 30 years, Dottie Perkins; his three sisters, Doris Meredith of Mineral, Marie Bickley of Beaverdam, and Margaret Chodosh and husband Lance of Gainesville; and two brothers, John Perkins and wife Hazel of Louisa and Bernard Perkins and wife Clarice of Louisa. Mr. Perkins gained a family when he began to share his life with Dottie, leaving behind two stepchildren, Dorothy Moubray and husband Charles of Gordonsville and Aloys B. Hopfensperger III of Charlottesville and three step-grandchildren, Sammie Yates of Louisa, Aloys B. Hopfensperger IV of Lake Monticello, and Aubrey Joseph Hopfensperger of Orange. Mr. Perkins had very close cousins, Harry and Delmayne Carter and Nancy and Henry Harlow of Louisa. He also leaves behind many nieces and nephews.Mr. Perkins had been a farmer for his entire life. He graduated from Louisa County High School, participated in many civic organizations, and sat on many boards, including Southern States, Orange-Madison Co-op Board of Directors, Louisa County Board of Zoning Appeals for over 35 years, and Louisa County Farm Bureau Board of Directors.Family visitation will be 6-8 p.m. on Wednesday, September 2 at Woodward Funeral Home, Louisa. A service will be held at Macedonia United Methodist Church, Bell’s Crossroads, at 11 a.m. on Thursday, September 3. A private graveside service for family will follow at Holly Memorial Gardens, Charlottesville.