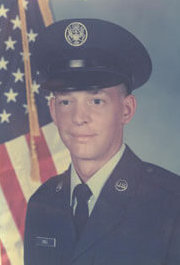 Daniel W. Edgell, Jr. 46 of Palmyra, Virginia passed away on Saturday, January 24, 2015. He was a 15 year veteran of the United States Air Force, having served in Desert Storm and later with the Secret Service Detail for Senator Dole, during his presidential campaign.He is preceded in death by a daughter, Danielle Mary Edgell; and is survived by his wife, Ever Edgell; his parents, Mary and Daniel Edgell, Sr., his sons, Jeff Edgell of Palmyra, VA, Jeromy Edgell (Ashley) of Surry, VA and Daniel Edgell, III (Meredith) of Charlottesville,VA and one sister, Suzanne Coulter (Jeff) of Bethel, Ohio.A Graveside service will be held at 1:00pm, Tuesday, February 3, 2015 at Monticello Memory Gardens; Charlottesville, VA.