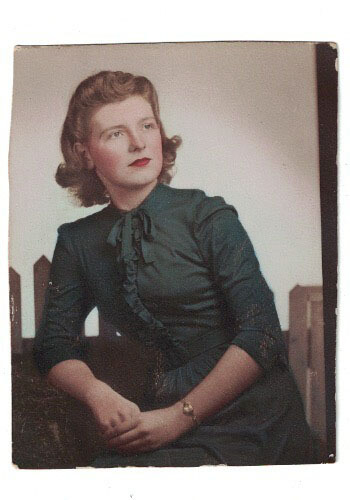 BEATRICE PAULINE BLOSSLOUISA, VA – Mrs. Beatrice Pauline (Hare) Bloss, 89, of Louisa, Virginia, and formerly of Arnold, Maryland, passed away peacefully on February 24, 2016 from complications following strokes on May 11, 2015 and February 22, 2016. Bea was born on September 3, 1926 in Orleans Cross Roads, West Virginia, along the scenic Paw Paw Bends of the Potomac River. The daughter of the late Alonza Maine and Lottie Marie (Robertson) Hare, she was the last of her family, being preceded in death by sisters Idella Hare, Dolly Lunnen, Kathleen Dieter and Violet Swisher, and brother James Alonza Hare. Bea’s lifelong Christian faith and devotion to the Methodist Church began at the Orleans Cross Roads Methodist-Episcopal Church, built in the 1850’s and still active today. She continued to celebrate her faith regularly into her golden years at Pasadena United Methodist Church in Pasadena, MD, and more recently at the UMC in Mineral, VA, where she attended Mother’s Day services in 2015, the day before her first stroke. She was always active in the United Methodist Women. Bea attended Fort Hill High School in Cumberland, MD, and worked for the U.S. Postal Service in Baltimore, MD, during WW II. She married her beloved fiancé, George William Bloss of Cumberland, MD, on June 5, 1945, almost a month after VE-Day. They first lived in Annapolis, MD, where George obtained employment with the U.S. Naval Academy, and in 1947 they purchased a home in Arnold, MD. Here, they raised their four children and lived for nearly 66 years before moving to Mineral in 2013. Bea was also an active member and Worthy Grand Matron of Chapter No. 46 of the Order of the Eastern Star in Annapolis. Bea became involved with volunteering to help the Grace Mission to Haiti, for which she helped to translate portions of the New Testament and which she visited in 1980.Bea is survived by her beloved husband George William Bloss, to whom she was married for more than 70 years, two daughters – Jean Weld (and her husband Robert Cowan) of Hopkinton, NH, and Linda Odell (and her husband Jim Odell) of Manteca, CA, and two sons – Gary Bloss (and his wife Francene Bloss) of Mineral, VA, and Steven Bloss (and his wife Cheri Bloss) of Midlothian, VA, along with five grandchildren – Derek Odell, Randy Weld, Mark Bloss, K.C. Odell, Shannon Briscoe and Gary Bloss, Jr., as well as four great-grandchildren, and multiple nieces and nephews. She was predeceased by a daughter, Gale Lee Bloss, born August 20, 1953, died August 22, 1953.Friends will be received at the Woodward Funeral Home at 200 Fredericksburg Ave., Louisa, VA (http://woodwardfuneral.com) on Tuesday, March 1, 2016, from 5:00 to 7:00 PM., with a service by Reverend Erin Geoffrion to follow at 7:00 PM. A burial service and interment will occur the following day at noon at the Meadowridge Memorial Park, 7250 Washington Blvd., Elkridge, MD. In lieu of flowers, memorial donations may be made to the Hospice of the Piedmont, 675 Peter Jefferson Pkwy #300, Charlottesville, VA 22911, or the Mineral United Methodist Church, 301 West Third Street, Mineral, VA 23117.