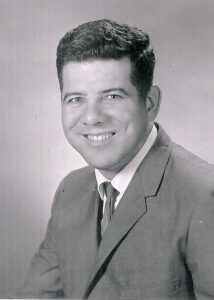 Aubrey Lee Shiflett, born July 9, 1932 passed away at his home in Louisa, Virginia on November 20, 2020, “Lee” was born in Charlottesville, VA, son of Libbie Pearl and William “Oscar” Shiflett. He was preceded in death by his two sisters, Elizabeth Sprouse and Eva Field as well as his daughter, Bonni Brown.

Lee was a veteran of the United States Marine Corps and proudly served our country until his honorable discharge.

Lee was employed by Central Telephone Company (CENTEL) of Charlottesville for 39 years. He was a Softball and Baseball Umpire for 45 years (until the age of 75) and served as the Piedmont Virginia Umpire-ln-Chief with the Amateur Softball Association. He also refereed Basketball and Volleyball for several years and worked closely with the Charlottesville, Louisa, and Orange County Parks and Recreation as well as many other athletic organizations throughout his career.

Lee served for 27 years as a member of the Louisa Lions Club and was a past President of the organization. Lee was very active with the Lions Club throughout his tenure.

Lee was an active member of South Anna Baptist Church and served as a Deacon for many years. He adored his pastor and close friend, Steven McClarye.

A memorial service will be set by family at South Anna Baptist Church at a later date.