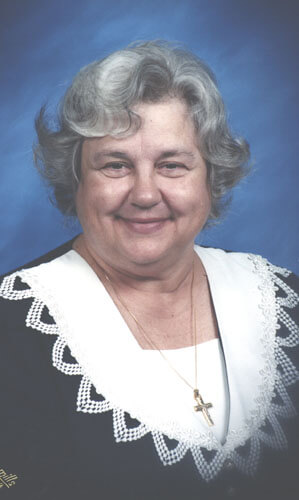 Antoinette M. Esposito (neé Papatola)Devoted mother and woman of great faith.Antoinette M. Esposito, 77, of Haverhill, MA; previously of Rochester, NY and Huntington Beach, CA., passed away the afternoon of August 12th at home surrounded by her beloved husband and children in Mineral, VA.Antoinette was born May 13, 1939 in Haverhill, MA. 1957, she graduated from St. James High School and in 1961, married Robert M. Esposito, at St. James Church in Haverhill, MA. Their residences spanned across several different states including New York, Pennsylvania, New Hampshire, California, Virginia and even Ontario, Canada.Antoinette is survived by her husband of 55 years, Reverend/Mr. Robert M. Esposito, daughter JoAnn E. Hess and her husband Wayne of Hudson Ohio; son Robert M. Esposito II and his wife Leslie of Ashburn VA; grandchildren Nicholas, Derek, Allison, Michael, Madeline and Ryan along with several nieces, nephews and their families.Antoinette was preceded in death by her mother Louise M Papatola, sisters Rosemarie Surette (Haverhill, MA) and Evelyn Desmaris (Providence, RI), brother-in-law John Aeed (Lawrence, MA), nephew Reneé William Desmaris, nephew and godson, James E. Surrette (Haverhill, MA)Antoinette’s devotion to the church and her Catholic faith kept her very active in the community. She was a lector and worked tirelessly as a sacristan in the church.Antoinette was a warm and compassionate woman deeply committed to her faith and family. With a hearty laugh and willing ear, she always made time for others and gave council to those that needed it. By those that were fortunate enough to know her, she is already missed.Funeral services will be held on Tuesday, August 16th, 2016 at Immaculate Conception church in Bumpass, VA. Viewing will be held at the church from 3-5pm, Mass following at 6pm and a reception immediately following Mass.In lieu of flowers, the family requests that donations be made in her honor to St. Jude’s Children’s Research Hospital.