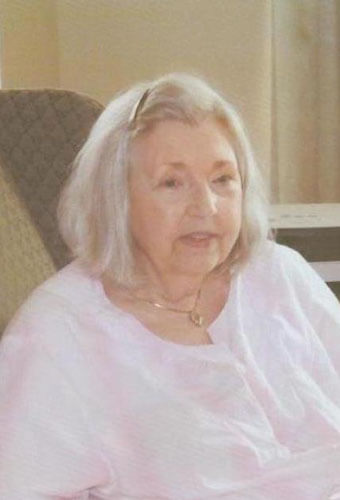 Anita M. Banning, 77, of Louisa County died Thursday, October 31, 2013 at home.Anita was born in Gt. Yarmouth, England on October 7, 1936 to Herbert and Ivy Simmons. She married Robert J. Banning on April 10, 1954 while he was stationed at Sculthorpe RAF Station with the U.S. Air Force. In November of that year they returned to the United States.Survivors include her husband, Robert J.; two sons, Duane and wife Pam and Robert A. and wife Barbie; five grandchildren, Rachel, Nigel, Rebecca, Chelsea and Mitchell. In the United Kingdom she is survived by sister June Sibbons; and three brothers, Keith, Benjamin and Max Simmons. She was preceded in death by her son, Jeffrey; and her brother, Roy.The family will receive friends from 4 to 6 pm Sunday, November 3 at Woodard Funeral Home.A service will be held at 1 pm Monday, November 4 at the funeral home chapel. Interment will follow in Spring Grove Cemetery.