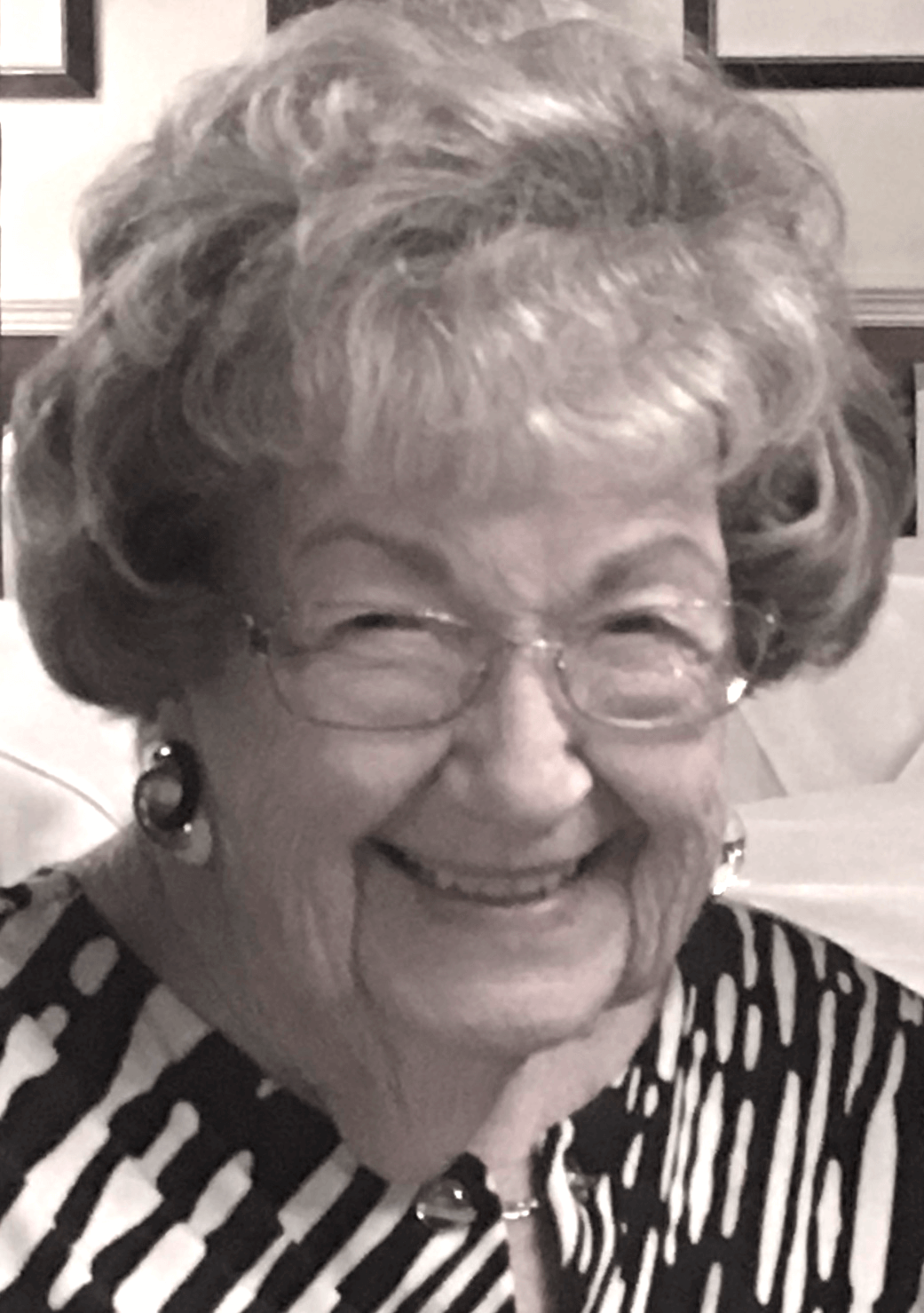 Aideen “Deen” Beresford, 91, of Louisa passed away on Thursday, January 24, 2019 at Martha Jefferson Hospital in Charlottesville.

Ruth Aideen entered the world on July 25, 1927, in Marion SC, the youngest of two daughters born to Jefferson Earle and Stella (Winstead) Broach. In 1944, immediately following her seventeenth birthday, and with a sense of adventure that remained with her throughout her life, Deen left her childhood home in Enfield NC to join the World War II United States Cadet Nurse Corps program at Johnston Willis Hospital in Louisa graduating in May 1947 with a degree in Nursing. It was during this time she met and was relentlessly pursued by the young Camp Lee soldier who would, after months of unwavering persistence, become her future husband and life partner. On June 19, 1948, Staff Sergeant Charles Beresford and Miss Ruth Aideen Broach were joined in marriage in Enfield Baptist Church marking the beginning of their 65-year-long adventure as husband and wife. As an Army spouse and registered nurse, Deen continued her nursing throughout their various duty stations around the world including Virginia, Louisiana, New Jersey, Alaska and post-war Germany, while growing her family and an ever-widening circle of close friends. Upon Chuck’s military retirement in 1967, Aideen became Head Nurse at Fairfax Hospital in Fairfax before becoming a Physician Assistant to Dr. F. Burton Graves in the inner-city clinic he founded in Anacostia, Washington DC. where pediatrics was her first love.

Following Chuck’s retirement from Civil Service in 1989, the family moved their last and final time to the lakeside home in Louisa VA that would become their slice of paradise together until Chuck’s passing in 2013, and Deen’s refuge thereafter.

Throughout her life, Aideen brought her own sense of open-hearted generosity and joie de vivre characterized by true Southern hospitality to all her relationships. No matter where in the world she found herself, her home was a haven of warmth, fun, and acceptance to all, where the stranger at the door was just family she hadn’t met yet. Even when life hit her hard, she maintained her graciousness in the face of adversity, through sheer will and a firm, quiet faith in God. Fiercely loyal, with a keen sense of humor, an infectious laugh, and the ability to convey more with one look than others might in a whole speech, Deen lived her life to capacity.

A memorable hostess, her epic parties and gatherings were looked forward to by all, and her children’s friends embraced her as a second mother, calling her Mom B. and maintaining close relationships with her into their adult years. She loved singing, dancing, and a grand slam in bridge. She understood the importance of community and was an active volunteer in any cause that would benefit it. An avid reader, she was never without a volume or two, and epitomized Mark Twain when he wrote, “Good friends, good books, and a sleepy conscience: this is the ideal life.”

Deen will be greatly missed by all who loved her. She is survived by her eldest son, Victor Charles Beresford II and his fiancee , Laurel of Front Royal; her grandson, Christopher Charles Beresford of Louisa. She was preceded in death by her husband, Charles “Chuck” Beresford; her sister, Elaine Broach Hancock; and two beloved sons Scott Winstead Beresford and John Christopher Beresford.

Aideen will be laid to her final rest at a later date in Arlington National Cemetery beside her beloved husband, Major Charles “Chuck” Beresford, U.S. Army Retired.

In lieu of flowers, donations may be made to the American Federation for Aging Research (AFAR) at www.afar.org